When I found out that a gig in Beijing, China was in the works I thought, how can I play this gig without taking any music gear at all. No guitar, pedals, leads, straps, nothing. Travel only with carry on luggage and no music gear at all.

My main concern was finding a Fender Stratocaster that played and stayed in tune. I figured if I spent a bit of time setting it up it would get me through the gig. 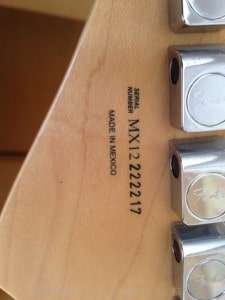 I requested a vintage style Fender Stratocaster with three single coil pickups and no modifications. The first thing to do was to re-string the guitar with a set of D’Addario 11 – 49 gauge strings that were supplied for me. The only tools we had were a phillips head screwdriver and some allen keys. I set the bridge so that it was floating and adjusted the intonation so that it played in tune. 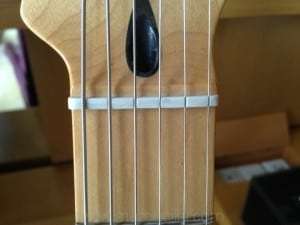 I played an E chord at the first position and realized there was something wrong, the nut was cut incorrectly. String spacing on the lower strings were too close – nothing I could do – no time to get a new nut so just had to deal with it. The main thing was getting the guitar to stay in tune. After tightening the neck screws I managed to get the guitar up to a good playing level. 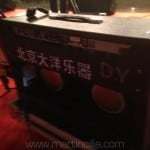 Next, the amplifier. With the band we asked for three guitar amps but only need two. That was our insurance policy – thinking there’s a good chance of getting 2 out of the 3 to work OK. Lucky we did. My first choice was a Vox AC30 but when I played it it didn’t sound good. No headroom and I couldn’t get a clean sound no matter what I did. On to the back up amp – a Fender Twin blackface reissue. This amp sounded great straight away so I used that. Pedals – I requested three pedals, overdrive, delay and reverb pedals. preferably Boss. Apparently before I got to see the gear, the Chinese hire company turned up with a Zoom multi effects unit which our sound person quickly rejected and sent the hire people to find three standard pedals. 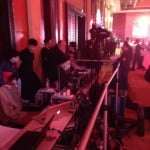 I had to re-arrange the order of the pedals and adjust the settings, after a few minutes I had a rough handle on the pedals (I’ve never seen these pedals before) we had a very limited time to sound check, so had to be fast. Also the level control on the overdrive pedal was broken and needed a screwdriver to adjust it – not very convenient.

Seems in China “near enough is good enough”. All in all we got a great sound in the end and the show went well.